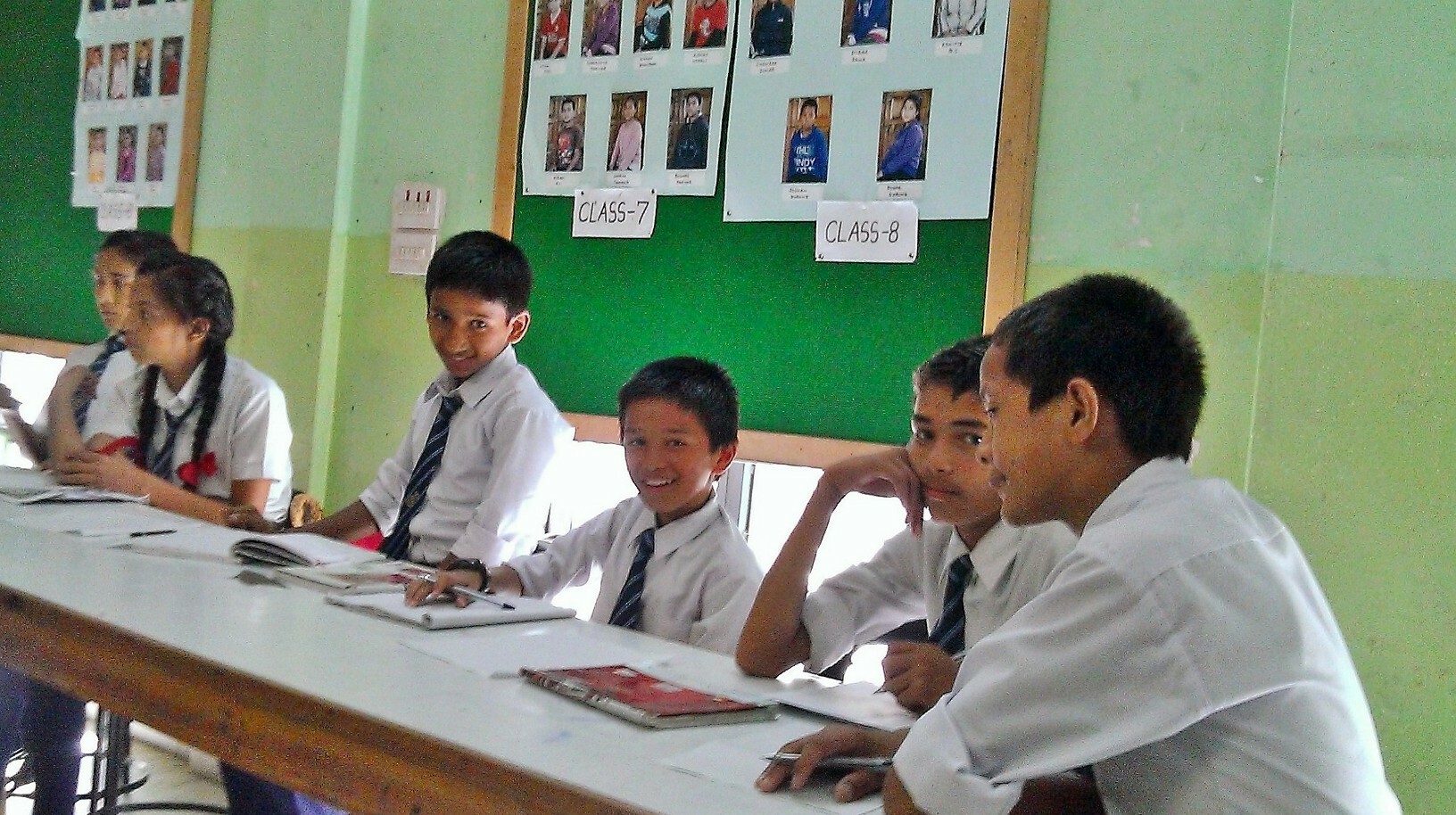 After receiving the Travel Award, Darcey and I flew to Kathmandu on the 16th of July for 3 weeks.  We spent a couple of nights in Kathmandu before taking the bus journey to Pokhara. Good road surface in many areas was non-existent, making it a very bumpy 6 hours! We arrived in Lakeside within Pokhara where Shamrock School is located. The school had around 68 pupils. These children came from all over Nepal and had been sponsored to attend Shamrock to develop their shown potential. The school ranged from Year 5 to Year 10 with average class sizes of 10.

During our time at Shamrock we were able to treat the school to a variety of things with the money we had raised throughout the summer and last term by selling sweets and creating events such as tennis tournaments. As well as towards books and teaching materials, a small proportion of the money raised went to treating the children to a local ‘Momo’ kitchen where they were able to have their favorite dishes that couldn’t be catered for them at the school. The children were very excited about this due to dishes coming from all regions of Nepal, therefore offering some home comforts to those who live long distances away. – Lucy & Darcey